Jump to content
A Friendly Reminder for the Community: Selling Artwork is NOT Allowed in the Gallery! ×
New Security Feature: You must use your registered email address to login instead of your username! ×
A Note About AI Usage ×

A creative space for everyone! 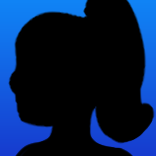